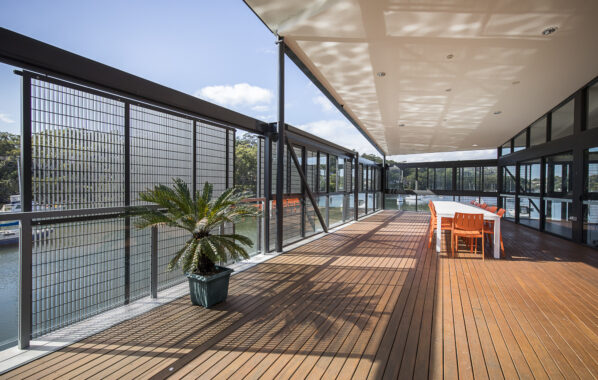 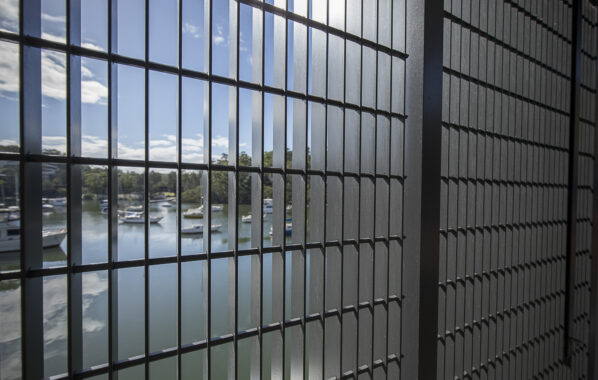 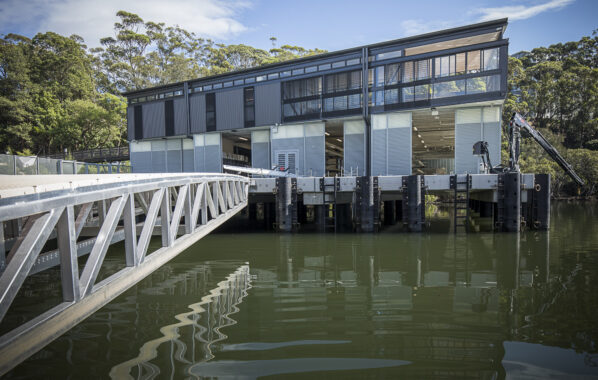 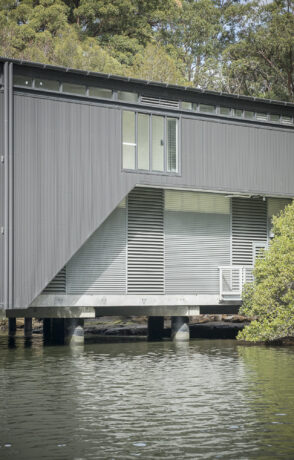 After its destruction by fire in March 2006, the long awaited replacement of the A frame boat shed has finally been completed. Designed by renowned Phil Thallis of Hill Thallis architects, the project was carefully created to match the remaining structure and settle comfortably into the surrounding mangroves. Documentation and Construction was carried out by Adco Constructions and as the specified louvre and screen provider, Louvreclad were brought on board to subsequently provide input with design, manufacture and installation of the Nexus Series® louvres and Mirage Series® (MSG 403-30) screens. These swaged screens are a fixed sun screening option, often installed horizontally to windows providing a durable and impact resistant sun shading solution. Whilst providing the straight lines needed to compliment the contemporary design, the Mirage Series was selected specifically for its robust screens ability to withstand the maritime environment. The screens were also installed vertically instead of horizontally, some fixed and others sliding, resulting in a stunning architectural feature to the façade.

Ventilation louvres from the  Nexus Series® were also required for screening and rain defence, with stainless steel vermin mesh fitted between the posts to keep out the unwanted and endure the marine location. Louvre doors were also incorporated seamlessly into the louvred walls.

This project was a  fantastic state-of-the-art facility that Louvreclad were proud to be a part of.