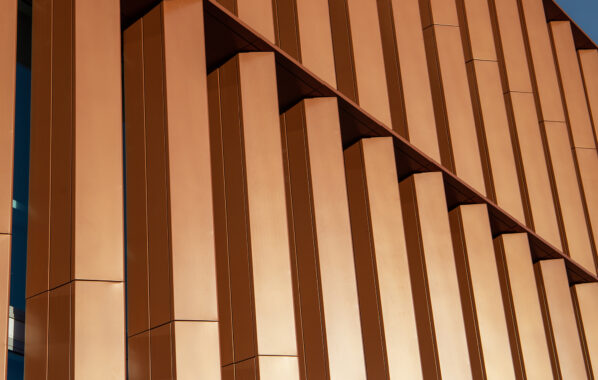 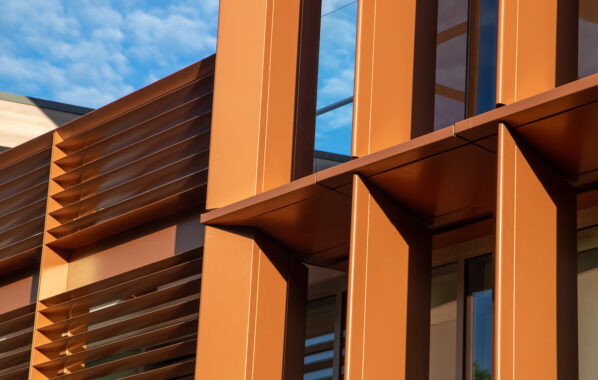 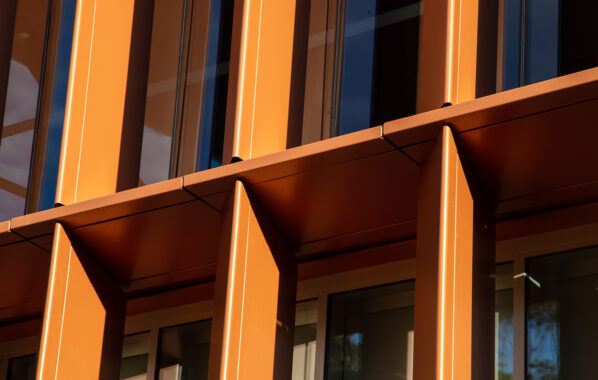 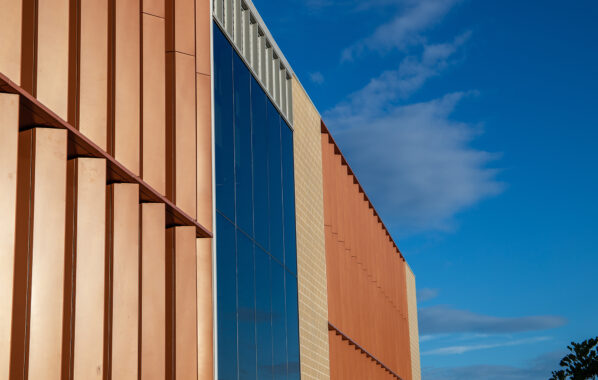 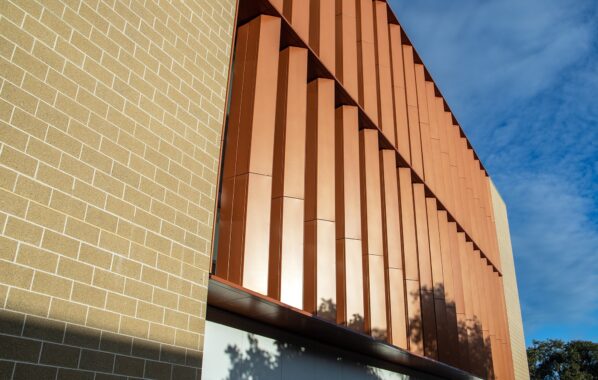 FJMT Architects are the designers selected to create St Augustine’s 20-year Masterplan. Stage one of this project included the refurbishment and extension of the Goold and Lecceto buildings, of which the sun shading design requirements were integral to. The new vertical and horizontal fin system was to maintain a very solid aluminium aesthetic and Louvreclad were brought on board as the sun shading specialists to bring this design to life.

As it was not possible to construct this design out of proprietary aluminium extrusions, one of Louvreclad’s Project Manager, and FJMT’s façade expert, John Perry, collaborated to produce a bespoke solution utilising Louvreclad’s Platinum Series®. The Platinum Series® is a combination of proprietary components and custom fabricated 3mm solid aluminium with the versatility and engineering capability to suit even the most challenging designs.

The concealed fixing system was provided by folding the aluminium to form a hook that hooked and snapped securely into the allocated slot in the rib structure.

Louvreclad also took the extra step of designing and fabricating a full-scale prototype. The model was received with great praise and confirmed the bespoke design met the requirements of the original concept.

Once the prototype was approved, the project got underway and soon prompted another call to innovate.

As the site was very constricted, typical installation methods were not able to be implemented, as it was not possible for the crane to lift the panels from the top. Louvreclad’s project team worked around this by designing and engineering a custom lifting rig, making it possible to offset the lifting point and crane the panels in from the side, therefore mitigating the risk of damage to the panels.

Louvreclad enjoyed collaborating with FJMT on this project and believes the result speaks for itself. The custom designed Louvreclad Platinum Series® fins were engineered, fabricated, and installed seamlessly, finished with Interpon’s D2015 Copper Penny Matt powder coat, an earthy tone to compliment the natural environment.