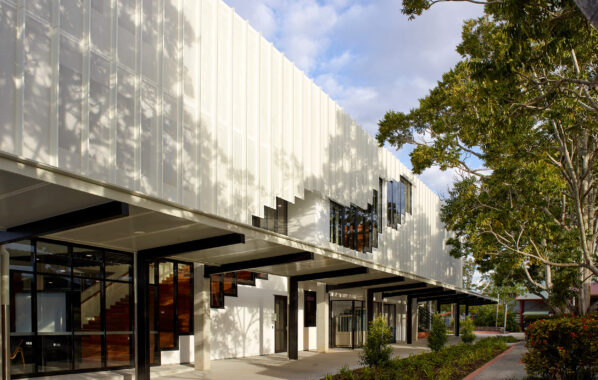 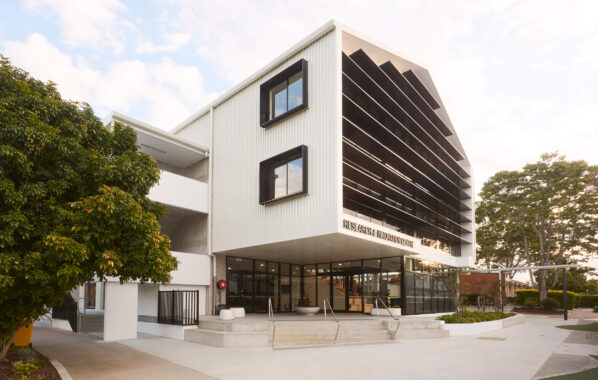 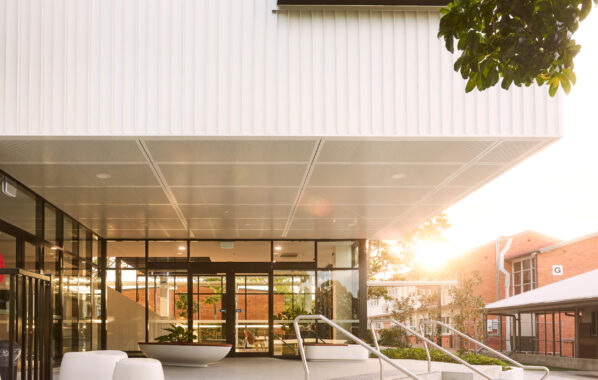 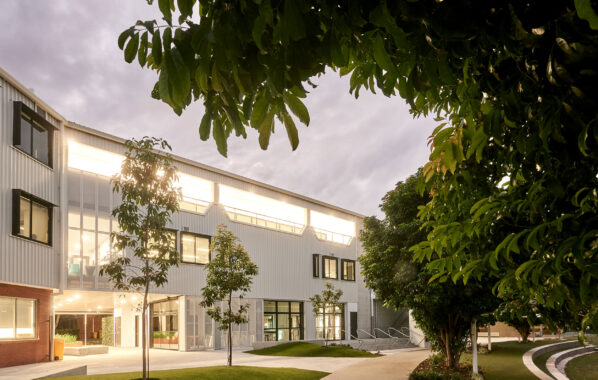 The expansion of Corinda State High School demonstrates the sustainable approach of reimagining and reprogramming existing school facilities instead of building anew.

Louvreclad were engaged to design and engineer a feasible façade solution that maintains the initial design concept.

The key challenges on this project were:

Led by Louvreclad’s Managing Director Leon Wright, the concept was designed and engineered as a prefabricated modular system that was easy to fabricate and efficient to install.

The Louvreclad Polaris Series® 9.5mm round hole staggered configuration with 40% open area provides diffused light to the western and southern facades, with the addition of the custom folded profile that creates a 150mm deep vertical fin to deliver vertical shading across the façade. Louvreclad Polaris Series® perforated aluminium was also integrated as ceiling and soffit cladding on the ground floor and exterior walkway, finished in Interpon D2525 Surfmist matt almost white powder coat.

The bespoke Louvreclad Platinum Series® custom folded 3mm aluminium sun hoods were designed and engineered to provide sun shading to the windows on the East elevation. while Louvreclad Caprice Series® 784 was installed as horizontal sun blades to the North Elevation. Both elements were finished in Interpon Black Satin to contrast the almost white clad building.

The finished project is a stellar example of the high level of finish that is achieved when you engage specialist contractors like Louvreclad.