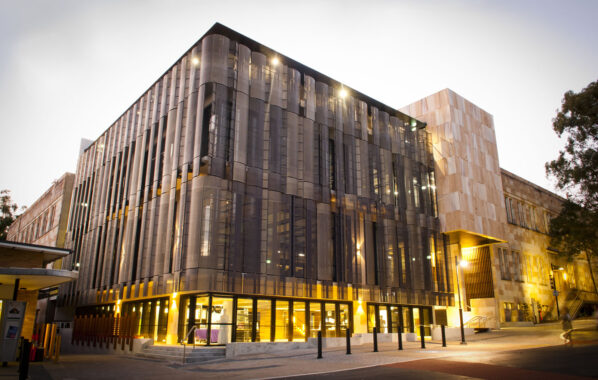 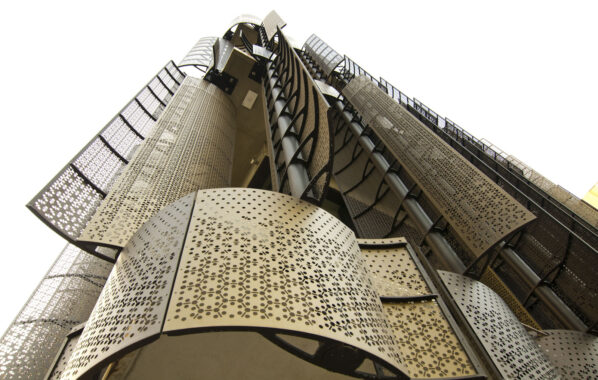 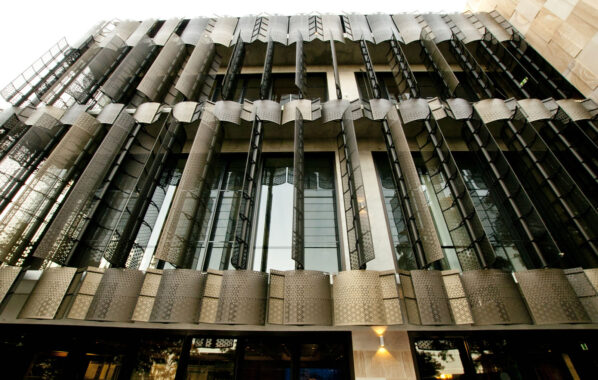 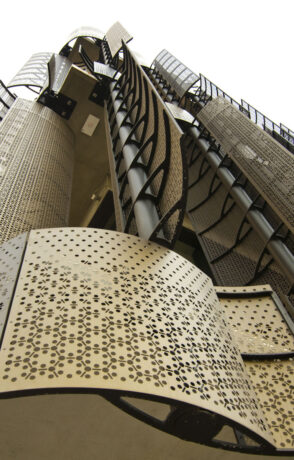 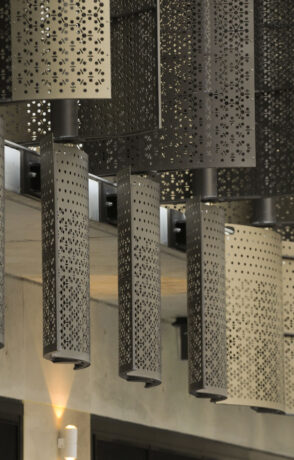 Completed in 2013, this innovative building was designed as a flagship for sustainability that encourages a rethink about office design in a low carbon world.

Designed to meet the global requirements of the living building challenge, the Global Change Institute was awarded a 6-green-star rating and ranked 34th in the world’s 50 most impressive environmentally friendly university buildings.

Hassell Studio called on Louvreclad at early design stage to discuss the operable louvres required for the project. Louvreclad began working with the Hassell’s design team to develop a concept for the custom-designed Polaris Series® perforated aluminium louvres. This was a unique curved design which called for a custom fabricated aluminium rib cage, clad in perforated aluminium.

The highly energy efficient building was designed to generate more energy than it consumes. To ensure low energy consumption, the building is entirely naturally ventilated.

Louvreclad were also commissioned to install Ocean Series® electrically actuated louvres to the thermal chimney, which draws warm air out through the central atrium, while cooler air is drawn in through operable glazed louvres in the basement. Meanwhile, the custom exterior operable louvres were connected to weather sensors and interior lux sensors to track the sun and keep the windows cool throughout the day.

As we continued with design development, there were some concerns as to the potential for wind induced whistling through the custom perf pattern.

To mitigate any risk, Louvreclad designed and engineered a full-scale prototype, and physically tested it in a wind tunnel.

The results proved satisfactory, and the design was approved by all stakeholders.

Initially, natural copper was selected as the substrate for these louvres. However, to meet the parameters of the project budget, we were able to match the aged look of natural copper with light and pale bronze natural anodise finishes applied to the Polaris Series® perforated aluminium louvres. The two different anodised finishes reflect the changing composition of copper and the natural patina that forms when exposed to the changing environment over time.

Due to the planning and time involved and crucial nature of the louvres to the appearance and functionality of the building, the louvres were one of the first trades to be let. This allowed Louvreclad’s design team to commence 3D modelling and shop drawings for the louvres early in the program. Working through these details early in the program allows us to communicate any critical structural support requirements and mitigate any issues or hold ups down the track.