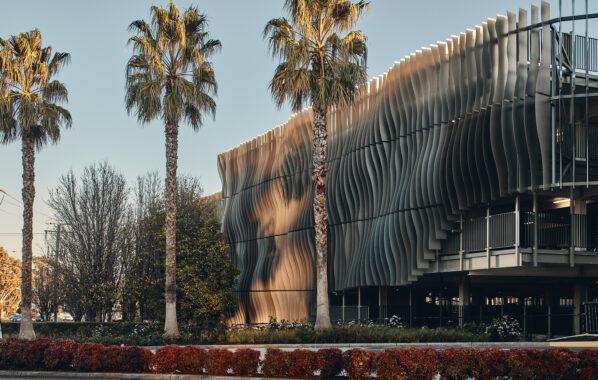 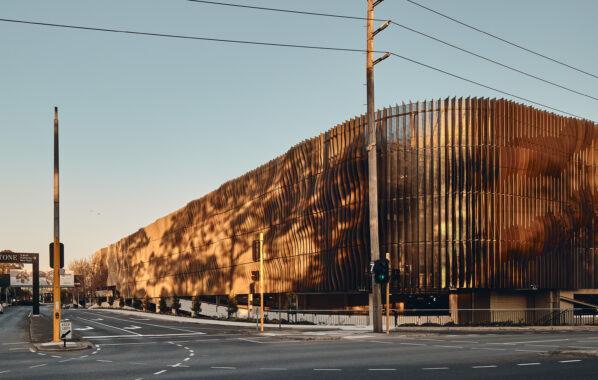 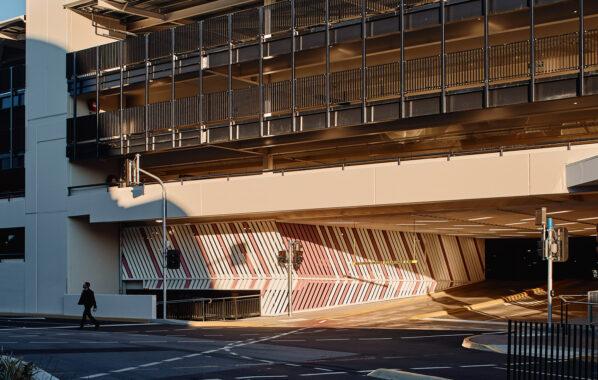 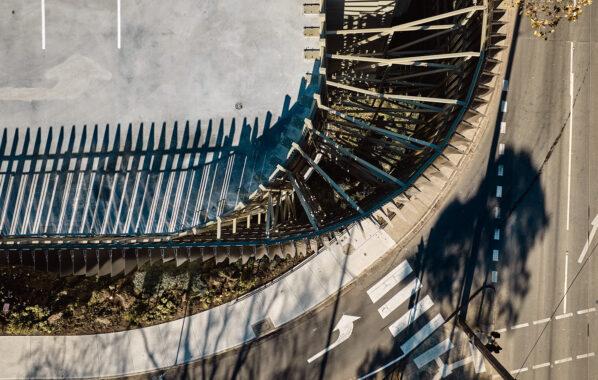 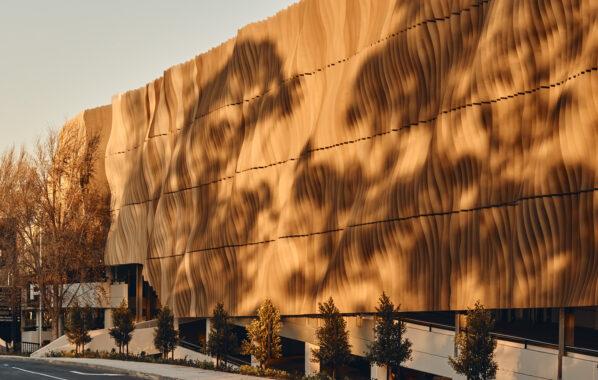 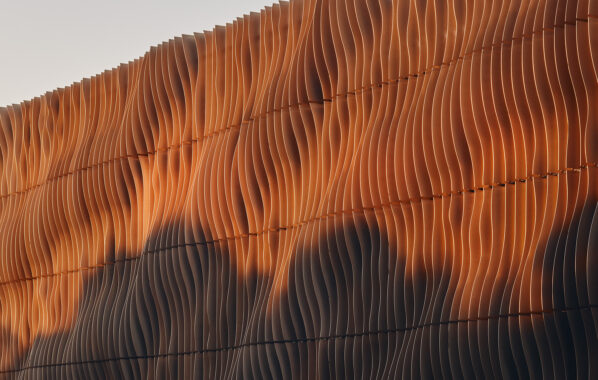 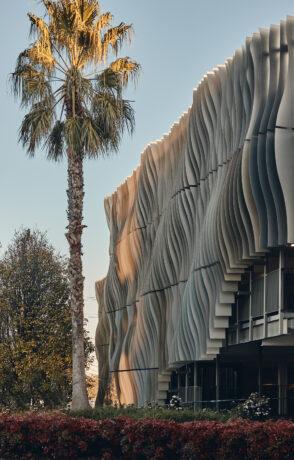 An Exemplar of Public Art

Artist Matthew Johnson allowed the surrounding landscape and nature to inform this undulating wave-like concept, and Jackson Clements Burrows and Cera Stribley architects transformed his idea into an architectural landmark.

Voluminous pleats create forms that mimic nature; the crinkles of a petal, the sweep of a canyon, the billowing cumulus clouds that are ever evolving overhead.

Louvreclad were engaged by Hickory Construction as the specialist façade contractor with the expertise to translate this vision into a practical and engineered solution. On award of the contract, Louvreclad’s Design Director Vernon Wright collaborated closely with Hickory and Cera Stribley architects to develop the design and hold tight to the concept.

This included a slimline outrigger design that becomes invisible to passers-by and does not take away from the form of the blades themselves. One of the key challenges was making sure there was sufficient bracing to prevent any vibration or reverberation, while maintaining the slim design.

Initially, steel structure was specified to support these four storey fins. Through the design development and shop drawing phase, Louvreclad devised a lighter weight, slimline and more corrosion-resistant alternative, fabricated from custom folded aluminium. We were also able to incorporate the crash barrier system into the support structure for the fins.

The stunning result speaks for itself and has been captured beautifully by the photography of Peter Bennetts.

As described by Cera Stribley, this unique building fabric is effortlessly wistful and masterfully executed, the artwork captures the light as it changes with every hour of every day, interfacing gracefully with the surrounding public milieu.

In contrast to the vertical bronze façade fins is a dynamic pink and white screen that guides people into the main carpark entry. Louvreclad Barossa Series® aluminium battens were designed and engineered to create this screen, with 140x20mm aluminium battens powder coated in Dulux Duratec White Gloss and Chadstone Pink, uniquely angled on the flat to work as a wayfinding system for the entry. This diagonal batten design has also been carried throughout the building as ceiling cladding in white.