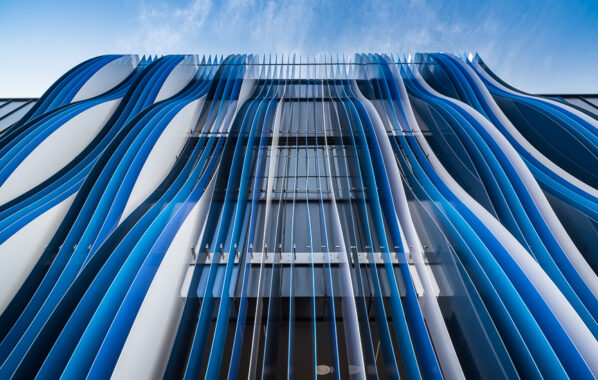 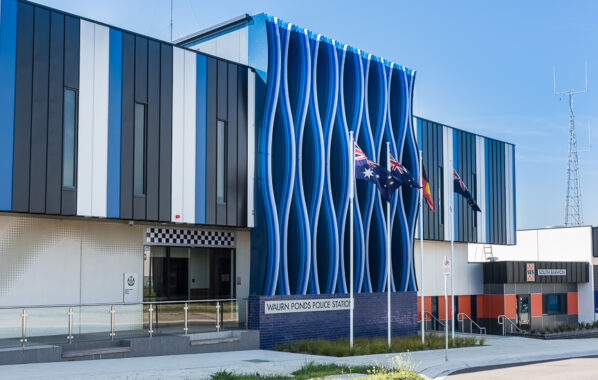 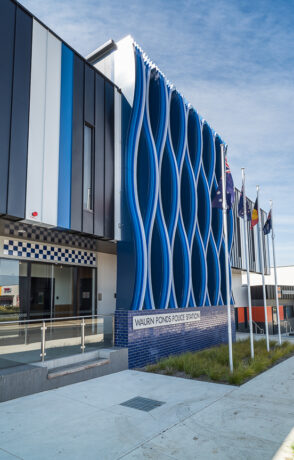 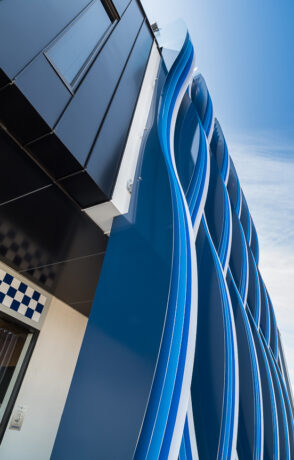 The architectural aesthetics on the Warne Ponds Police Station is artistically impressive with curved blades and a selection of colours creating a stunning visual effect with feature cladding.

Co-ordinating colours add to the sleek appearance while also representing VIC Police force colours.
Louvreclad worked with the Architect to design, manufacture and install the eye-catching feature blades, as well as also installing the Nexus and Oxford Series® louvres and screens around the building. The entire project was a masterpiece of planning and co-ordination.

Great ideas – Great result!
Unique building Façades have evolved over time to become a major part of the overall business branding of Louvreclad.